Doctoral research at Monarch Business School takes primary place amongst the efforts of the faculty and staff. A critical component of instruction is the ability of professors and candidates to design and complete research as well as having that research published. At Monarch we are proud of the efforts of our professors and Candidates. This page highlights some of the ongoing work along with the ability to search the Monarch Research Database.

Dr. Gary Keller holds the position of Professor of Management Studies and is a recipient of the “Professor of the Year” award from Monarch business School. He holds a Ph.D. in Business Administration from Northcentral University, a Master in Management Science from Cardinal Stritch University and a Master in History from the University of Wisconsin at Milwaukee. Dr. Keller teaches global business policy and strategic management, management and leadership and organizational behaviour at both the undergraduate and graduate levels. In 2015, Dr. Keller was selected to be included on the Fulbright Specialist Roster and was chosen to be included in the United Nations System Staff College (UNSSC) roster of Instructors for the delivery of training and learning activities on management topics.  Read More....

Virtual reality experiences have been successfully executed in a number of political marketing domains. Through its experiential and immersion capacities, virtual reality builds amplified relationships and brings visions to life. The impact of previous technological developments on political marketing is examined, namely of mass medium, the early internet, social media, big data and augmented reality.

Books From The Monarch 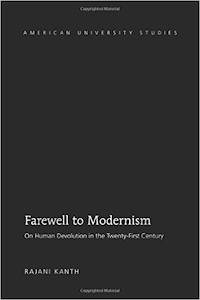 It is with pleasure that Monarch Business School Switzerland highlights the latest book by Doctoral Graduate Dr. Samuel Appiah-Kubi. He holds a D.Phil./M.Phil. in Business Research from Monarch Business School and an MBA from Frederick University in Cyprus as well as a BA in Economics from the University of Ghana. At present, he sits as the District Chief Executive for the Offinso North District in Ghana. He also has experience as a Lecturer with the business department at the Christian Service University College in Kumasi. 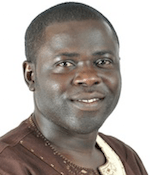 Africa is wealthy beneath the soil. Gold, diamonds, and other precious natural resources have, from ancient times, pulled people from all over the world to Africa, and yet the masses whose feet tread on such riches are being led on unknown paths with virtually nothing to show to the world but poverty. The worsening situation regarding poverty, unemployment, hunger, violence, illiteracy, disease, environmental degradation, etc. pose a security threat not only for the people of Africa but the entire world.

Using Ghana—the first black African country led by Kwame Nkrumah to gain independence from colonial rule—as a case, Paths to Nowhere takes a look at the twist and turns of African countries in pursuit of the African dream. The books examine the obstacles in the path of independent African states from political freedom toward the ever-eluding economic freedom. Paths to Nowhere highlights the actions, inactions, systems, controls, powers, traditions, beliefs, assumptions, neglect, carelessness, and mistakes that have gradually eroded the confidence and expectations of the African and what it takes to reverse the order. The author draws from his political and administrative experience and practical knowledge of the sociopolitical terrain across the sub-Saharan Africa region to bring to the fore the overarching issues that are keeping the masses in Africa poor despite the rich resource base of the continent.

It is with great pleasure that Monarch Business School Switzerland announces that Dr. Morgan Clevenger, a Post-Doctoral Candidate at Monarch, has been named a finalist for Best Book Award in the Social Issues in Management Division at the Academy of Management. The book stems from his dissertation work as a PhD Candidate at the University of Missouri. The book is entitled: “Corporate Citizenship and Higher Education: Behavior, Engagement and Ethics” published by Palgrave MacMillan, 2019. Monarch is very proud of his achievement and we wish him further success in his academic career as he completes the Post-Doctoral program at Monarch.