The debate on economic growth and convergence triggered by the conclusions of Easterly and Levine (1997) about the “African growth tragedy” is still of importance. As Fafchamps (2000) noted, researchers may have been unsuccessful in determining factors enhancing sustainable growth in Africa. Interestingly, as decades of positive foreign direct investments (“FDI”) impacts were combined with a pattern of economic growth without development, the interest in investigating differences in economic outcomes caused by non-economic factors was revived (Acemoglu, Johnson, & Robinson, 2002; De Soto, 2000; OECD, 2013). For Bardy, Drew and Tumenta (2012), since FDI does not always help to reduce imbalances resulting from international business relations, there is a need to also consider their social responsibilities and justice characteristics. Based on the research of Browning (2016), Fan (2006), Szondi (2008) and the conclusions of Fukuyama (2018), it is presumed that building a positive image and trust through nation branding may be an alternative way to attract more sustainable FDI and address the “African growth tragedy hypothesis”. In addition to traditional tools used by governments to influence counterparties and manage the change of collective perception, digital channels, including the internet and social media, could be valuable instruments (Schroeder, 2018; Tuten & Mintu-Wimsatt, 2018; Straker, Wrigley, & Rosemann, 2015). The contemplated research investigates how an integrated nation branding ecosystem using modern instruments of influence may help to change the perception about Africa in general while enhancing sustainable FDI and ultimately fostering sustainable economic growth and development in central Africa in particular.

The contemplated research examines perception, influence and trust, sustainable FDI and nation branding in the context of central Africa. This will be achieved through a triangulated approach that comprises a literature review, content analysis and interviews of individuals from government, academia and senior managers from selected organisations. The contemplated research will inform the development of a new conceptual framework for digital nation branding that may positively foster sustainable economic growth and development within central Africa and beyond. 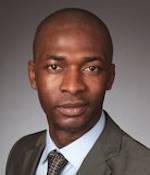