Construction of infrastructure megaprojects is a critical component of global economic growth and development (Cantú, 2017; Flyvbjerg, 2014). These large-scale, complex, multi-year developments include highways, railways, mining and hydroelectric facilities, oil and gas facilities and pipelines. Megaproject capital costs typically exceed $1 billion USD and are financed by corporations, governments or public-private partnerships (Delmon, 2017; Merrow, 2011). An example of megaproject development in Canada is the need for new energy pipelines to serve domestic and international markets. While Canada was recently hailed as an emerging “World Energy Superpower” there are industry, government, stakeholder and Indigenous concerns with the process, participation, pace and outcomes of pipeline regulatory reviews and decision making (Forrester, Howie, & Ross, 2015). This resulted in the loss of billions of dollars of Canadian private investment, tax revenues and economic development in the past decade. The contemplated research will review the literature on public-private interests, stakeholder management, social licence and decision making. A triangulated, mixed methods approach including content analysis and interviews will be used. The case study focuses on Canadian pipeline megaprojects proposed between 1997 and 2017 and will compare similar megaprojects in the United States and Mexico. The goal is to develop a conceptual framework or model to better describe how the management of stakeholder and Indigenous interests in the pipeline regulatory review process can lead to improved, collaborative, and more timely decision making. 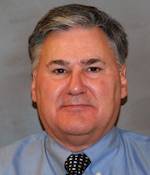 Mr. Robert Mahnic is a Doctor of Philosophy in Business Research Candidate. He holds a Master of Arts From the University of Saskatchewan, an Honours Bachelor of Arts from the University of Regina and Certificate of Management from SAIT Polytechnic in Alberta. Mr. Mahnic has participated in many academic, consulting and professional research projects and has been a principal or contributing author of 100 consulting and management reports and several journal articles and proceedings. He has also presented or facilitated group discussions at more than 30 conferences and workshops. At present, he holds a professional position at TransCanada PipeLine Corporation and was previously with the National Energy Board, Indigenous and Northern Affairs Canada, AMEC Earth & Environmental, Communiplan Inc., Enbridge Pipelines, the University of Saskatchewan and Saskatchewan Municipal Affairs.