Monarch Business School is happy to announce that Dr. Henderson, Dean of the Faculty, and Dr. Tonsberg, Professor of Management, have published a book with Springer Publishing entitled: “Understanding Leadership In Complex Systems: A Praxeological Perspective”. The text builds upon the doctoral research work of Dr. Tonsberg completed at Monarch.

This work proposes that Carl Menger’s Subjective Theory of Value (STV), and its subsequent elaboration by Ludwig von Mises as Praxeology, provides a useful alternative to more common methods in the study of action and social phenomena, and more specifically, to leadership in complex social systems. Rather than being based on rationality assumptions and algorithmic predictability, the STV emphasizes transient subjectivity shaped by a complex world of lacking information, mistakes, disequilibrium, uncertainty and attempted error correction that defy mathematization and exact prediction. As such, it is a framework to make sense of human action systems in terms of subjective understanding, learning, and uncertainty, rather than quantitative predictability. Accordingly, the aim of this work is to explain the STV as a general theory of action and to demonstrate its capability in developing adequate qualitative theory and to elaborate on some of the major topics that its implications raise with regard to leadership. The power of the method can be seen in that its procedure naturally branches out to facilitate an understanding of a broad selection of processes and may provide the basis for a universal theory of leadership. 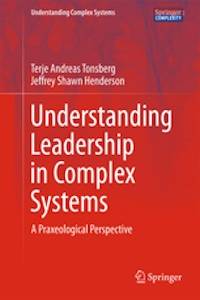 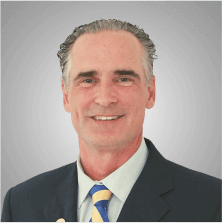 Dr. Jeffrey Henderson holds the position of Professor of Business Ethics and Dean of the School. Dr. Henderson was an affiliate professor at the Grenoble Graduate School of Business, France and lecturer for real estate finance within the Faculty of Management at McGill University. Dr. Henderson holds a D.Phil. in Business Research from Monarch Business School, a Doctor of Political Economy from SMC University, a Doctorandus (Drs.) and MBA from Nijenrode University in The Netherlands as well as a Bachelor of Commerce with distinction from McGill University in Montreal. Dr. Henderson has held Vice-President and managerial positions within the commercial real estate industry with Bentall Capital, Brookfield Properties, Kolter Properties, KPMG Canada LLP, and Reichmann International. His academic interest include: Corporate Social Responsibility, Real Estate Development, Austrian Economics and Catholic Social Theory. 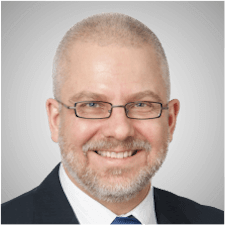 Dr. Tonsberg holds the position of Professor of Management. Dr. Tonsberg holds a Doctor and Master of Philosophy in Business Research from Monarch Business School. He also holds a Bachelor of Commerce with honours from Queen’s University in Ontario, Canada and has completed post-graduate studies in education at St. Joseph University in Beirut, Lebanon. Dr. Tonsberg’s academic interests center around critical and systems thinking, Austrian Economics, and organizational learning. He is especially interested in the ways of enhancing thinking, communication and learning in organizational settings. Professionally, he has more than 20 years of experience in management, marketing, human resources, MIS and consulting in South East Asia and the Middle East. He is currently Chief Specialist for Planning and Career Development at Kuwait Petroleum Corporation.