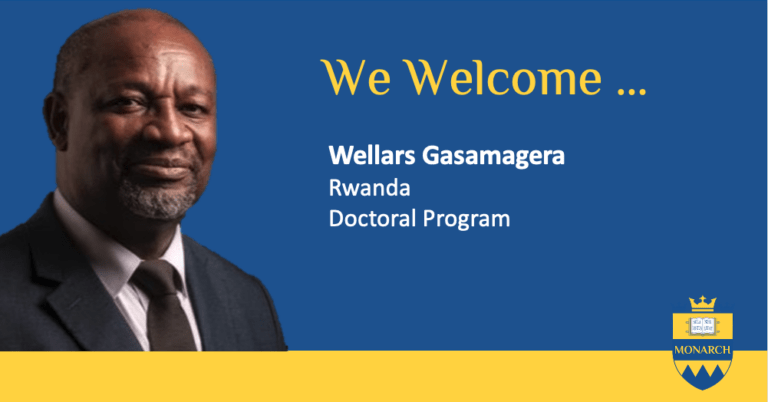 It is with great pleasure that Monarch announces that Ambassador Wellars Gasamagera has joined the Doctor of Literature program. We believe that Ambassador Gasamagera brings a tremendous amount of life experience with his years of public service and this will greatly impact both fellow Doctoral students and faculty alike. His research will focus on sustainability and peace with insights informed by his years of public service at the regional, national and international levels. Please join us in welcoming Ambassador Gasamagera to Monarch.

Between 2003 and 2011 he held the position of Senator within the Rwanda parliament, Member of the Political and Good Governance Standing Committee, and Member of the ICT Steering Committee. He has also been Governor (Prefect) of the Kigali Rural Province responsible for security and development programs. He has held the position of Director General of the Rwanda Institute of Administration and Management. He is a member of the African Development Institute and has been the Regional Vice-Chairman for the Eastern African chapter. He has also sat as the Chairman of the Board of Directors of the Institute of Policy Analysis and Research. Beyond his duties in government he has worked as a private consultant in the areas of management and governance.