Since the 1990s, the Gulf Cooperation Council (GCC) countries aimed to focus in their economic planning on diversification of their economies that are mainly dependent on oil with varying degrees depending on the country, to avoid the high fluctuations in global oil prices that cause volatility and instability in their national incomes. Applying an empirical and comparative approach for two distinguished economies out of the six GCC countries, namely United Arab Emirates (UAE) and Saudi Arabia (SA), this study aims to use time series data over the period 1980-2014 for both countries to reflect the diversification attempts’ effect on GDP per capita. A simple multi-variant regression is applied using the value added contribution of three main sectors: industry, agriculture and services, to test whether changes in the percentages contribution of these factors did have an impact on GDP per capita in these countries over the years. Results concluded that the diversification efforts do affect the level of GDP per capita in both countries with higher statistical significance in Saudi Arabia. Comparing pre and post-diversification eras revealed stronger effect of the sectors’ contribution after diversification plans’ implementation. UAE appeared to have benefited more than Saudi from the diversification efforts in terms of its GDP per capita level. 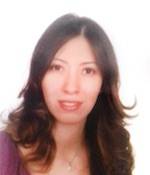 Ms. Rola Mourdaa is a Doctor of Philosophy in Economics candidate at Monarch Business School Switzerland. She holds a Masters of Financial Economics and a Bachelor of Business Administration from the American University of Beirut and a Bachelor of Political and Administrative Sciences from the Lebanese University. At present, she is an instructor at the Australian College of Kuwait.