The poverty crisis is global with some 689 million people classified as poor, and living on incomes of less than $1.9 a day (The Human Development Report, 2020). Uganda has seen strong economic growth rates over the past decade averaging 5.4% GPD per year, along with a decrease in poverty. Nevertheless, the gains in poverty reduction have not been fairly distributed. This has made some scholars doubt the substantial decline in poverty (Daniels & Amp; Minot, 2014). Despite Uganda’s progress in reducing poverty since 1992, there have also been significant movements both into and out of poverty, and a sizeable minority of households have been persistently poor (Okidi and McKay, 2003). Poverty reduction in urban areas has been significant; however, poverty remains firmly rooted in rural areas which are home to 84% of Ugandans. According to Bonger (2002), 27% of all rural citizens, some 8 million men, women, and children still live below the national rural poverty line attributable to the persistent failure of poverty alleviation programs.

The contemplated research examines the above by analyzing seminal literature from Poverty Theory, Social Justice Theory, and Sustainability Theory. An attempt to construct a new conceptual model or framework that better explains the characteristics of sustainable rural poverty alleviation programmes for Uganda is the ultimate aim of the research. The above will be analyzed through a triangulated research approach that will review the existing scholarly literature and content analysis of existing data, coupled with interviews with key stakeholders in Uganda. 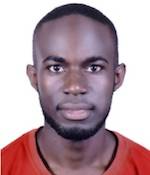