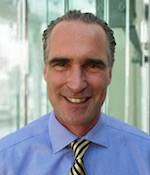 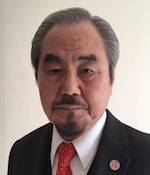 Dr. Henderson and Dr. Histaka recently visited the institute of Moralogy at Reitaku University in Tokyo, Japan. They meet with Administrators and Professors concerning the study of Moralogy and Ethics. The University was created by Mr. Chikuro Hiroike. 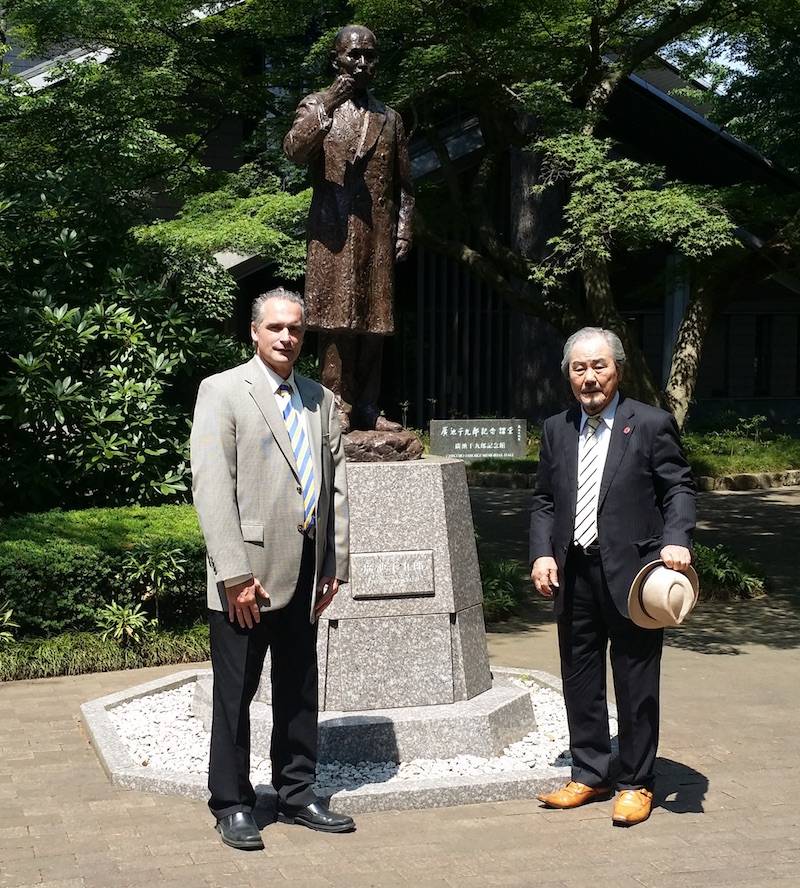 Dr. Henderson and Dr. Hisataka in front of the statue of the Founder of Reitaku University, Mr. Chikuro Hiroike.

Mr. Chikuro Hiroike was born in the city of Nakatsu in the Oita Prefecture on March 29, 1866. Since his early years he devoted himself to the improvement of the standards of education in his local area. Professor Chikuro felt that as Japan modernized the Japanese people stove to quickly digest western concepts that resulted in bewilderment, unrest and confusion which were aggravated year upon year.

Consequently, people came to lose their basic standards of values on which they had so far depended. He perceived it to be his own task to search for a way in which Japanese people could somehow revitalize their culture and traditions in the new era of westernization and to harmonize the widely different cultures of Japan and the West.

After successfully holding positions at Waseda University as a lecturer, at Jingukogakkan College as a professor and Tenri Middle School as Principal, Chikuro Hiroike as an educator established Moralogy College, the predecessor of the present Reitaku University, and became its first President. He always hoped for and acted upon the realization of world peace, and the security and happiness of all human beings.

The nature of life involves us in making an ongoing series of value judgements and decisions. The criteria by which we make these value judgements constitute, therefore, the basis of our life. In order to utilize today’s advanced technology for the proper promotion of human happiness, superior value criteria are indispensable. In addition, we live in an age in which different races and nations, while rightly adhering to the character of their own particular civilization and religion, have to surpass such differences in a spirit of mutual cooperation. So it is an urgent matter for us to acquire the ability to understand and respect the various spiritual cultures that exist in the world, but also to build up global moral standards that go beyond the differences between the many religious and political organizations around us. Moralogy strives to meet challenges such as these through the study of ethics and morality, both old and new, and of both the East and West. 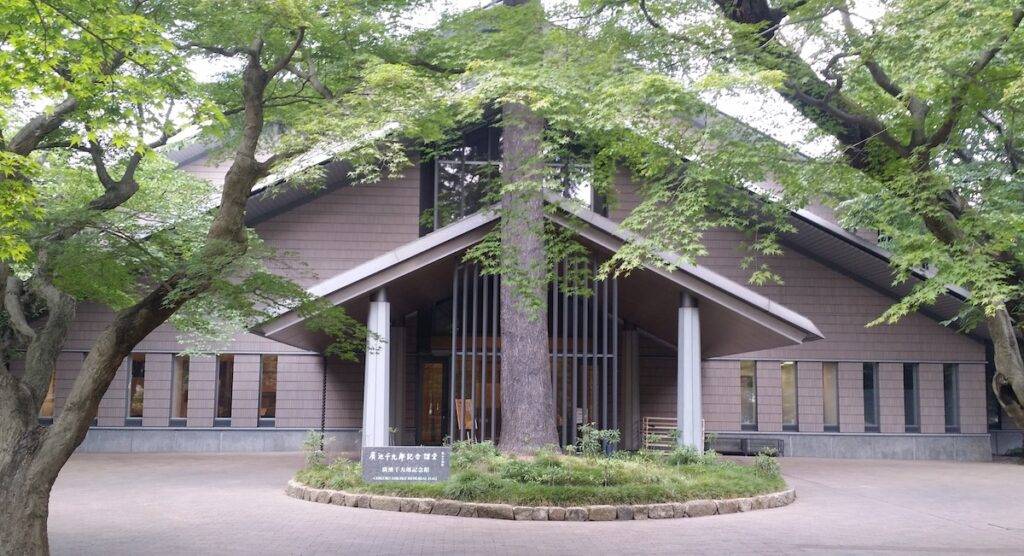 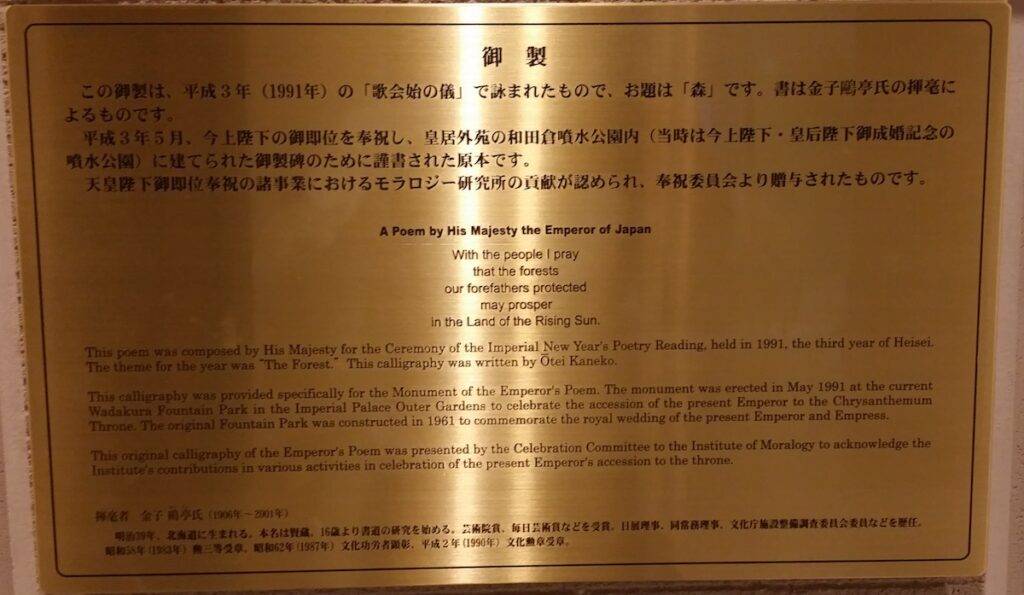 A Poem by The Emperor which adorns the Entrance Hall of the Memorial Center. 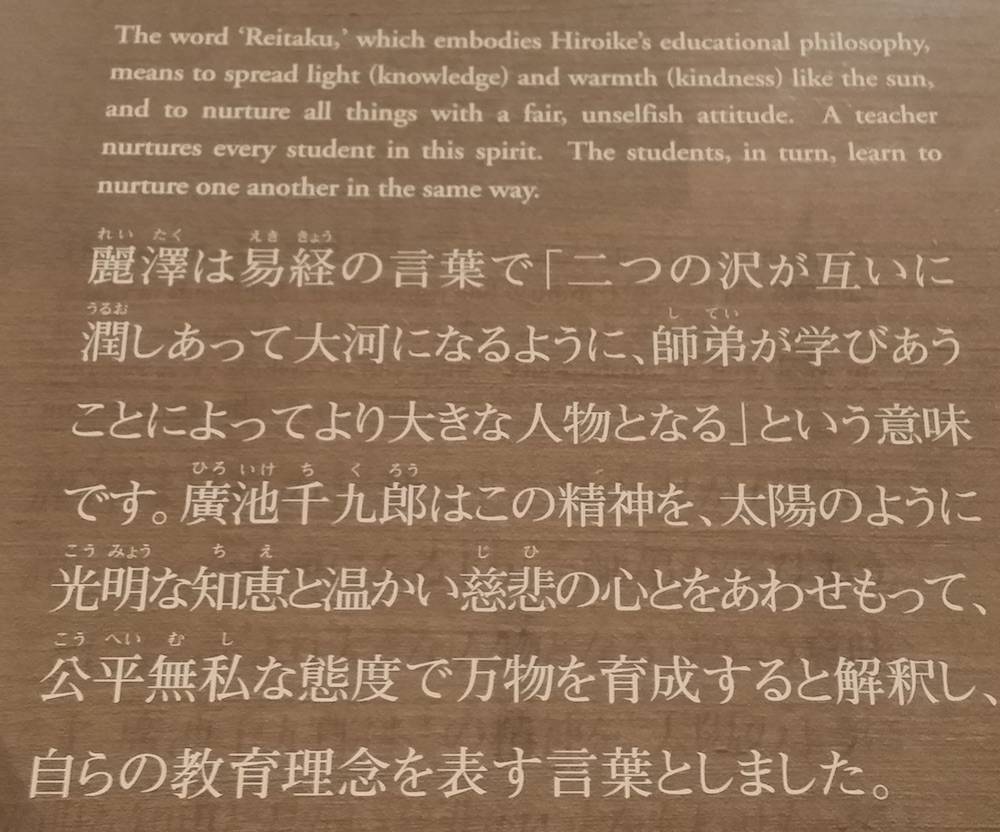 The Professor’s Educational Philosophy. Words to live by! 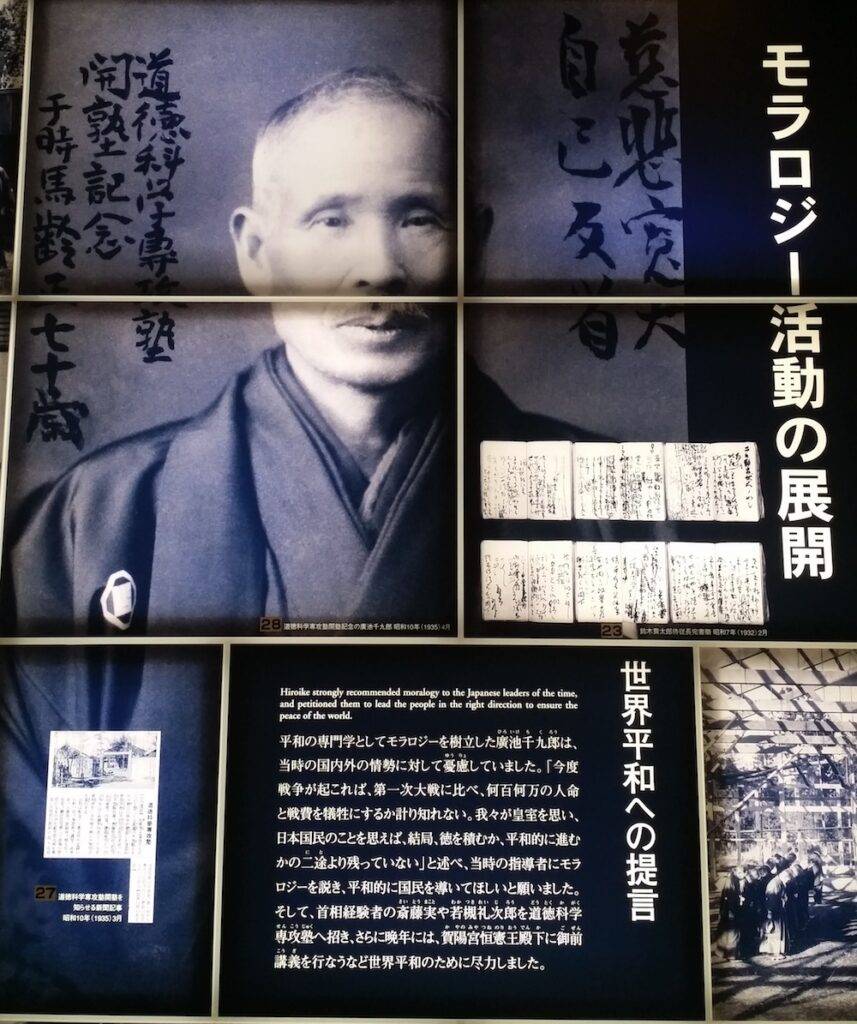 Portrait of the Founder. 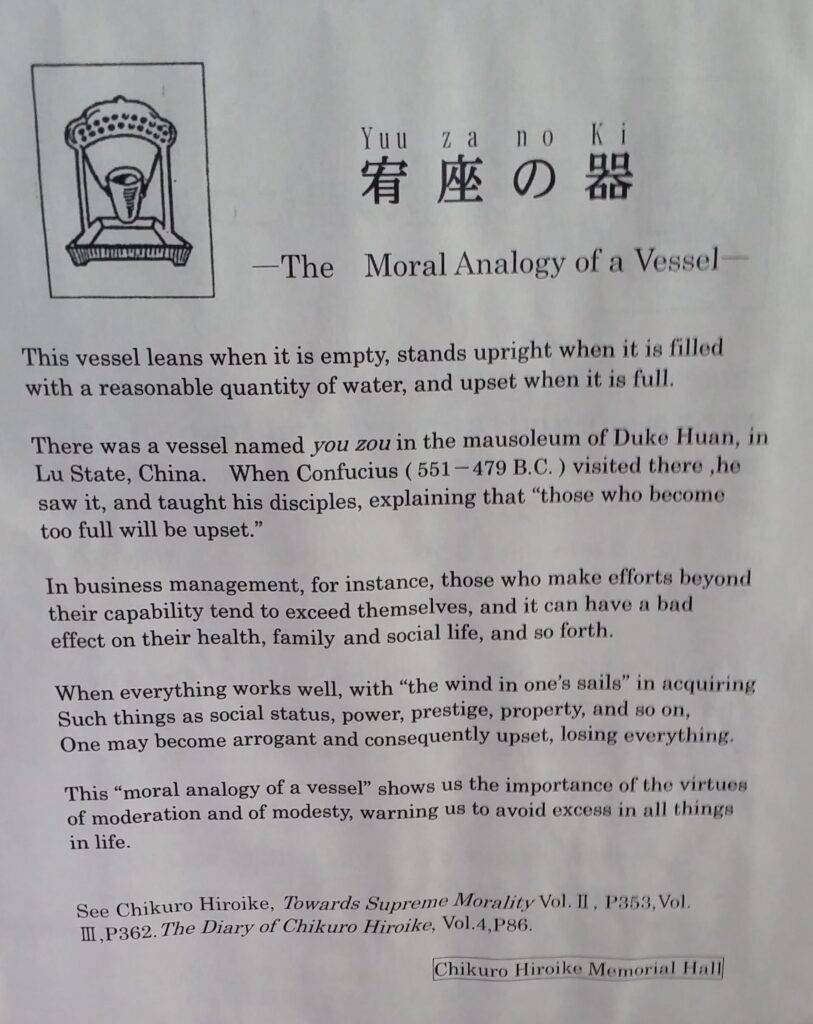 A Lesson In The Virtue of Moderation. 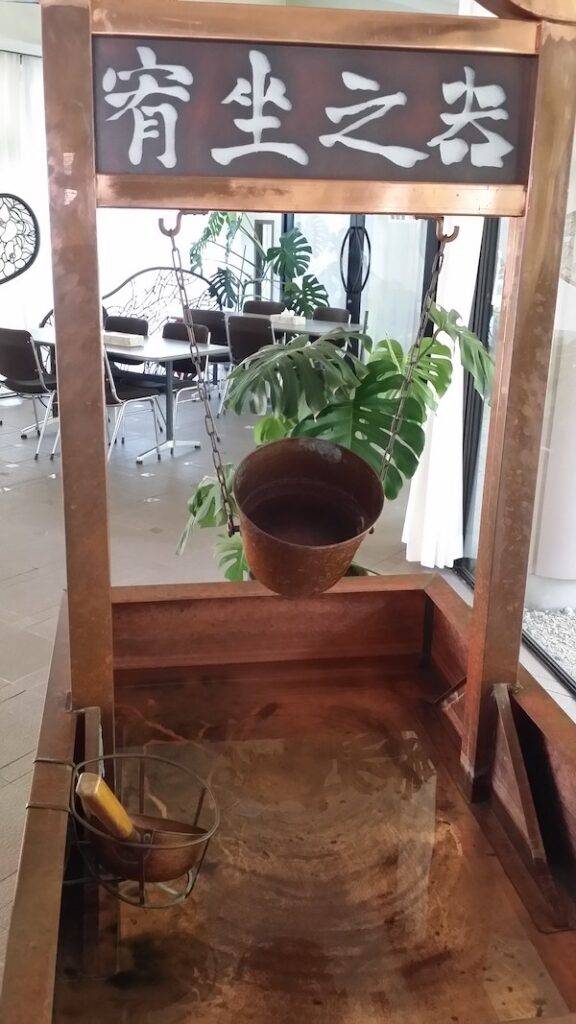 The Vessel That Teaches Us Visually The Lesson Of Moderation. 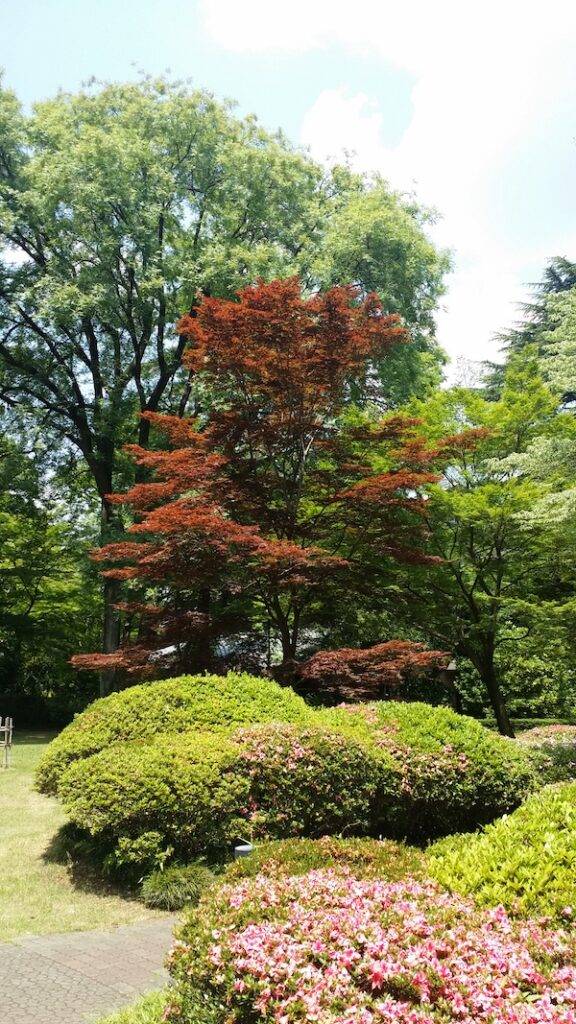 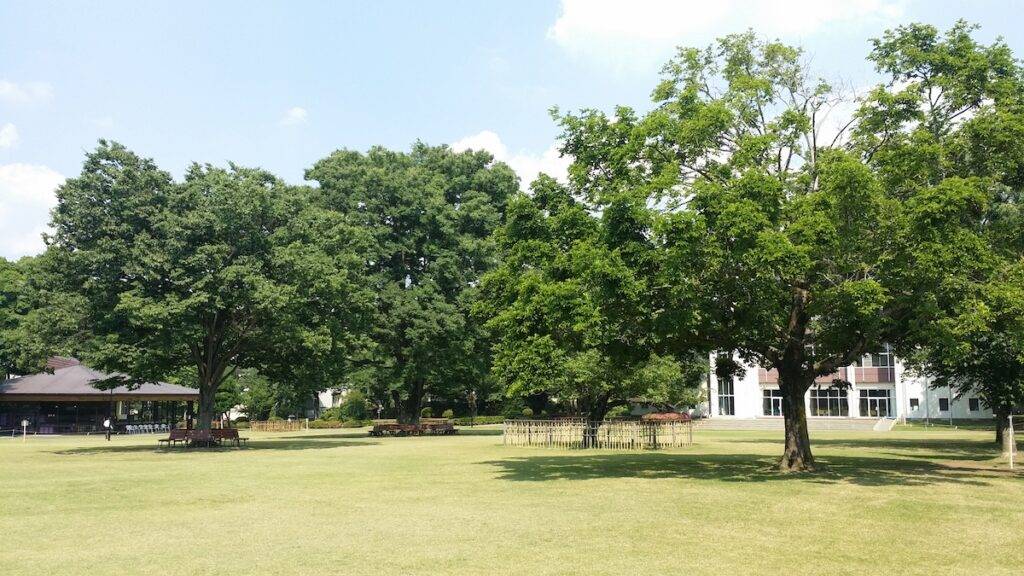 The Beautiful Center Field or “Quad”.

Prof. Robert Mahnic holds the position of Professor of Management within the Bachelor of...