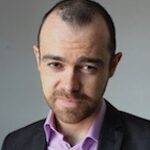 We are happy to announce that Dr. Christophe Schinckus Adjunct Professor of Economics and Finance at Monarch Business School Switzerland has recently published his latest article entitled: “Hayek and the Use of Physics in Economics: Towards a Progressive Synthesis?” with The Journal of Interdiscipinary Economics with Sage Publishing.

See The Article On The MMR-Monarch Management Review Website

F. Hayek is known as an economist and a political philosopher who provided a specific social theory based on the idea of spontaneous order. This order state comes from a process that Hayek called ‘catallaxy’and that results from a particular phenomenon of emergence. In this context, social systems such as money, market or language are presented as spontaneous orders, resulting from a particular evolutionary process of society. Although Hayek is well known to be an opponent of importation of physical concepts into economics, this article proposes a parallel between the Hayekian theory and a new field called ‘econophysics’. More precisely, I will show how the way of characterizing the phenomenon of emergence by econophysicists might, to some extent, be an analytical characterization of the Hayekian emergence. This claim will be explained and illustrated with the presentation of econophysical works describing money and language as a spontaneous order taking the form of a power law. The last section will discuss the debates about the methodological relevance to associate Hayek’s theory with an area of knowledge coming from physics and the potential\economic implications of such a rapprochement.