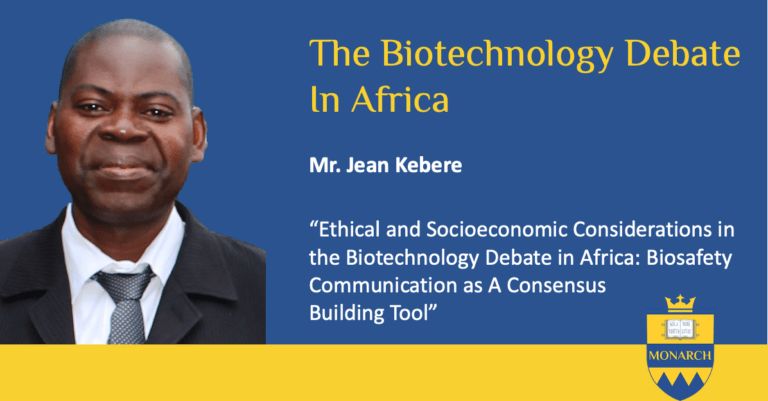 It is with great pleasure that Monarch Business School Switzerland announces the authorized research proposal by Doctoral Candidate Mr. Jean Kebere. The contemplated research is entitled, “Ethical and Socioeconomic Considerations in the Biotechnology Debate in Africa: Biosafety Communication as A Consensus Building Tool”. The research will completed over the following 24 to 36 months. The school looks forward to the completion of the research which should prove useful in the attempt to further the understanding of the various aspects of this important debate for Africa.

However, despite the great development opportunities offered by biotechnology in the agricultural sector, only a few African states have so far adopted this technology as a production tool. It is believed that this situation is due to the controversy over the safety of the technology, but more importantly, over non-safety aspects such as ethical and socio-economic considerations (SEC). (Juma & Serageldin, 2007; Brooks, 2013; Pixley, et al., 2019; Juma, 2016; Omobowale, Singer, & Daar, 2009)

The contemplated research aims to explore the importance of the ethical and SEC in the biotechnology debate in Africa and the role of the new construct of biosafety communication in addressing these non-safety aspects of the technology. The contemplated research investigates the role of the biosafety communication approach in relation with the often-ignored facets of ethical and SEC in biotechnology. The research will be explored through a triangulated research approach that will review the existing academic and scientific literature and content analysis of existing data, as well as interviews with key stakeholders in selected African countries. 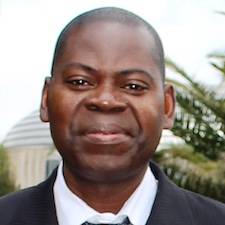 Mr. Jean Kebere is a Doctor of Social Science Candidate. He holds a Bachelor and Master degree in Arts and Communications from the University of Ouagadougou in Bukina Faso. He also holds a Postgraduate Certificate in Public Relations and Multimedia Technology from the University of Maryland at College Park, USA. He has completed training in negotiation skills and techniques with the United Nations Institute for Training and Research (UNITAR). At present, he holds the position of Regional Communications Officer at the African Union Development Agency (AUDA) in the Dakar Regional Office. Previous to that, he held the position of Communications Officer at AUDA in Burkina Faso, Communication and Media Manager at OXFAM-Burkina Faso as well as Communications Manager at the Christian Children’s Fund of Canada. He has also been a volunteer with the American Red Cross.