The negotiating model or framework adopted at the formation of the International Labour Organisation (ILO) in 1919 placed the representatives of workers and employers on an equal footing with government representatives in decision making (Maupain 2013). The tripartite arrangement makes the ILO a unique agency within the United Nations system (Simpson, 1994). However, the configuration of the government group evolved during and after the cold war resulting in complex multi- layers of negotiating units (Newman et al, 2006; Muldoon et al; 2010; Hampson & Heinbecker 2011). Furthermore, there are issues around the “paper” balance of power between governments and social partners in the negotiation processes let alone the representativeness of those that negotiate on behalf of the workers and employers (Thomas, 1996; Muldoon et al, 2010; Standing, 2010).

The contemplated research will explore and analyse the inter-actor relationships and the attributes of the negotiating model or framework in the ILO through three research domains, namely; theories on international relations, negotiation and social justice. The ultimate goal is to construct a new conceptual model or framework that better explains the relationships, interactions and intricacies characterising the negotiations in the ILO. Furthermore, these variables will be examined through a triangulated research method that will review the existing literature, content analysis of existing organisation data combined with interviews with primary stakeholders, i.e.: representatives of governments, workers and employers in the ILO Governing Body. 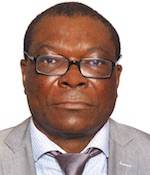 Mr. Poem Mudyawabikwa is a Doctor of Literature Candidate. He holds a Master of Public Administration and a B.Sc. in Political Science and Administration from the University of Zimbabwe. He also holds an Executive Master In International Politics from CERIS-Centre Europeen de Recherches Internationales et Strategiques in Brussels. At present, he holds the position of Minister-Counsellor at the Zimbabwe Permanent Mission to the United Nations in Geneva.